Less than 2 hours from London and set in the heart of North Norfolk, in the beautiful village of Burnham Market, is a real gem of a project by a Master Builder.

Located halfway down Market Street, within a classic Georgian Grade II listed building dating back to the 18th century, is No Twenty9; a unique and vibrant lounge bar and restaurant, full of character and history.

The story behind this former private Georgian residence was reinvented in 2017 when work began on restoring and rejuvenating the building to convert it into commercial premises. The owner, Tim Roberts, had a vision to bring the former character of the building back to life, preserving its features and history, but he also wanted the building to become a vibrant part of the village itself. The brief involved restoring the past, whilst incorporating the modern; blending the old with the new, which required a sensitive approach and careful planning.

The team behind the build are Ben Connolly and Steve Dawes of Daco Construction. Daco, who are members of the FMB, worked closely with architect ACS Architectural to ensure the brief was met. The build took part in two phases. The first stage was the creation of the lounge, restaurant and bar.

Set over two floors, the rooms were created to respect all the original features of the building. The project involved a lot of reconfiguring to redefine and maximise the space, which included moving the original central kitchen. As work progressed, pieces of history from the buildings past kept resurfacing. A  central fireplace that had a walk through on both sides was discovered, even a well, and many other architectural details that were all maintained in the refurbishment. Some modern pieces were also added to complement the overall aesthetics, such as a striking glass wine cellar, which is a central feature on the 1st floor and an open fire cooking pit.

“Converting a listed Georgian house into a contemporary restaurant with a modern kitchen and open firepit cooking range takes careful planning and a lot of skill,” says Ben. “The building couldn’t be altered structurally, and we also had to protect its fabric from further deterioration – and we had to bring the 21st century into it!” 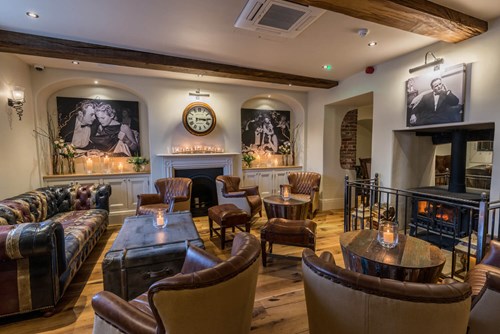 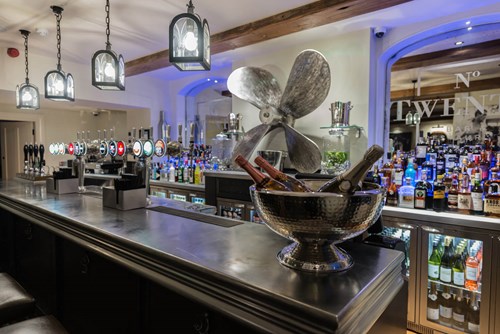 The team were then asked to come back and work on stage two; the creation of 6 boutique style bedrooms at the back of the building.  The bedrooms display decorative brickwork and abstract plastering, which proudly displays Daco’s innovative approach to their work. The rooms are all finished to a high standard and in the theme of golden film stars of the past; from The Marley to The Monroe; they complement the main house beautifully. 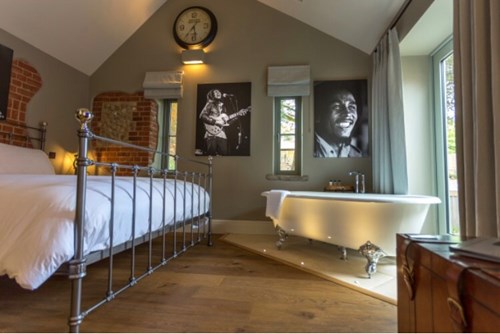 The project was fully completed in 2019. A piece of history restored and rejuvenated; giving the building a new lease of life and enjoyment for many, for years to come.

Daco Construction are members of the FMB and insure their builds through FMB Insurance. Visit the portfolio section of their website here to see more images of this stunning project.